Some initial thoughts on the proposed EU Due Diligence Directive

After unexpected delays as some of the lesser known – and more opaque – structures of EU law making came into play, there is finally a published proposal for mandatory human rights and environmental due diligence from the European Commission.  There is lots to say about the proposal, and here we share a few initial thoughts. Needless to say, we will be returning to the subject many times over the coming months. This blog is posted on on the Cambridge University Press Business and Human Rights Journal Blog.

Make no mistake, the publication of the proposed Directive is a landmark moment. While there are many who will understandably criticise various elements of the proposal for not going far enough, and some in business and politics who will seek to further limit its scope, the proposal is a ground-breaking legislative project, taking us into interesting uncharted waters. The proposed Directive seeks to cover issues and concepts that are practically and legally complex. But this is no reason to shy away from them.   It signals a move away from an apparently endlessly circular debate on how to make companies subject to human rights law onto the question of how to reform company law to address human rights issues in an effective manner.

The rules will, however, also apply to companies established outside the EU with a net turnover of more than EUR 150 million in the EU, or more than EUR 40 million if they operate in one of the high-risk sectors set out above.

The core requirements of the proposal are that EU Member States introduce legislative requirements for companies to carry out human rights and environmental due diligence. The structure of these requirements are, unsurprisingly, broadly aligned with the UN Guiding Principles on Business and Human Rights (UNGPs) and include requirements that companies:

There is plenty to be said about each of these, but it is important to note that many of the provisions are drafted in a sufficiently broad way to capture and develop on existing practices developed both before and after the UNGPs. What stands out is the strong focus on preventing and mitigating harm and bringing actual adverse impacts to an end, especially compared to the weak provisions on ‘complaints procedures’, which seem a long way away from the expectations of Pillar Three of the UNGPs and have little or no reference to the effectiveness of such procedures. There is much to write about the practical steps that should fall within these core requirements, but that is for another time (and would need many more words than can reasonably be included in a blog).

In order to promote significant change in company behaviour on human rights, it has been pretty clear for some time that there needs to be just as much focus on company law as on human rights law. The challenge, from a professional perspective, is that the Venn diagram of the two disciplines does not have so much of an overlap. The proposed Directive has some clear and potentially important things to say in this area, particularly on directors’ duties. The proposed duties to be imposed on company directors will include setting up and overseeing the implementation of the due diligence processes and integrating due diligence into the corporate strategy. In addition, when fulfilling their duty to act in the best interest of the company, directors will be expected to take into account the human rights, climate change and environmental consequences of their decision. The nature of enforcement or sanction for breach of directors’ duties will be a question for existing national rules. 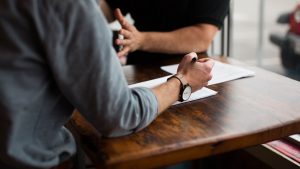 The proposed Directive also requires Member States to ensure that companies may be civilly liable where they fail to comply with the obligations laid down in Articles 7 and 8 of the proposed Directive. These Articles relate to the prevention of negative human rights impacts — both potential and actual. The potential liability route comes where companies’ fail to comply with these provisions and adverse impacts and damage occurs as a consequence. In this case, there are a number of potential defences that companies can make in order to justify themselves in relation to harms created by indirect business partners – predominantly suppliers, one assumes. These include actions contemplated by the proposal such as seeking contractual guarantees, verification of compliance through industry initiatives, and third-party verification. This is unless it would not be reasonable to expect that such an action would prevent or bring an end to the impacts in question.

While the way in which liability and the operation of the Directive’s provisions will be structured will depend on the specific nature of national rules, it will inevitably lead to an uptick in litigation. That litigation will still be challenging for victims in terms of both legal proof and also the inevitable cost and procedural barriers. Although some may, rightly, criticise the simplicity of the defences contemplated under the proposal, it may be that the outcome would be a welcome and long overdue proper scrutiny of the validity of relying on verification and auditing schemes, let alone simply relying on cascading of contractual requirements. On the verification point, the Directive limits the defence to verification by “an auditor which is independent from the company, free from any conflicts of interests, has experience and competence in environmental and human rights matters and is accountable for the quality and reliability of the audit”. This might potentially lead to greater regulation, independence, and accountability of social auditing and its parallels. Again, there is much to contemplate here.

Thinking more about remedy and enforcement

Perhaps some of the most surprising – and probably contested – components of the proposal relate to the broad field of remedy and enforcement. While the specific provision that requires ‘complaints procedures’ could be categorised as certainly needing more work, focus, and guidance for businesses to avoid defaulting to a global ‘human rights hotline’ type approach, some of the more specific remedy and enforcement components certainly will give rise to some interesting debates and significant potential change: 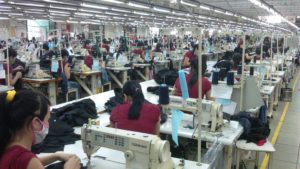 On responsibility for supply chain human rights impacts, there are some interesting – and sure to be contested – defences and carve outs in the proposed Directive. First, in terms of general scope the various obligations in the Directive, particularly those related to due diligence, apply only to those supply chain relationships that are considered to be ‘established’. This is defined to include those business relationships, “whether direct or indirect, which are, or which are expected to be lasting, in view of its intensity or duration and which does not represent a negligible or merely ancillary part of the value chain”.

While this provision has already been subject to some criticism, it may have some practical logic to it in the sense that it simply focussed on structured and significant business relationships, rather than on those which are rather more ad hoc. There must be arguments to introduce a restriction on the nature of business partners that are covered by the rules. A law which potentially made lead companies potentially liable for actions of occasional or one-off partners, where they had no leverage and little chance of getting information, would potentially be unworkable. It is crucial to note here that this provision goes somewhat wider than just supply chains, as it covers both upstream and downstream partners. Thus, it could cover a range of actors such as franchisees, finance partners, information management and sales partners and more.

Specific provisions on the environment

There are a range of environmental issues that must also be covered under the terms of laws implementing the Directive, which are beyond my own expertise to comment on in detail. Notably, the proposed Directive includes a standalone provision requiring companies in scope to adopt a plan to ensure that the business model and strategy of the company are compatible with the transition to a sustainable economy and with limiting of global warming to 1.5 °C under the Paris Agreement. The plan also should include whether climate change is a risk for the company’s operations, and if it is a “principal risk,” emission reduction objectives. These are all really quite substantial changes to statutory obligations on companies.

There is some way to go before this proposed Directive is adopted and still more before it is implemented effectively (and no doubt differently) in each Member State of the EU – the proposed implementation period is 2 years from adoption for the category of larger companies and 4 years from adoption for the smaller companies operating in higher risk sectors. The proposal does provide black letter lawyers, legal theorists, and political scientists with plenty to get their teeth into, and it will also inevitably spur a debate in capital cities across Europe on what kind of legislation is appropriate. Additionally, there is a really interesting post-Brexit test case here for how far the UK company law could be influenced by the proposal for a Directive.

There is not enough space here to start to unpack all of the potential issues and questions that need to be discussed, debated and resolved before the proposal is adopted, let alone before individual Governments bring forward their implementing legislation. For some – France and Germany spring to mind – the option to simply rely on existing, relatively new, legislation is not there, as this proposal goes some way beyond the French Devoir du Vigilance Law  and German Lieferkettensorgfaltspflichtengesetz (Supply Chain Act).

The scale of activity to bring these laws contemplated by the proposed Directive to the statue book across Europe is really quite substantial, particularly bearing in mind the newness of the business and human rights field. But these are key developments. There will be disappointments and disagreements, but it really feels that this is a pivotal moment for many of us who have been working on this issue for a number of decades. Exciting times. Challenging times. Important times.