Human rights impact assessments in food supply chains – what have we learnt?

During 2021, Ergon completed six human rights impact assessments (HRIAs) for supermarket clients focused on various global food supply chains, ranging from avocados to tuna, with more in the pipeline. HRIAs are a relatively recent addition to the due diligence toolbox – at least for food supply chains (they’ve been around longer in the extractive sector where we also have ongoing HRIA projects) – but are becoming increasingly popular as a means for understanding issues and, importantly, what can be done to mitigate them. They are also a response to growing pressure from civil society and consumers – in tandem with rapidly increasing legal obligations.

Our recently completed HRIAs were on coffee from Brazil, avocados from Peru, Brazil nuts from Bolivia, citrus from Spain, fish (global) and bananas from Colombia. This blog sets out our reflections on what this crop of studies can tell us about issues in fresh food supply chains. 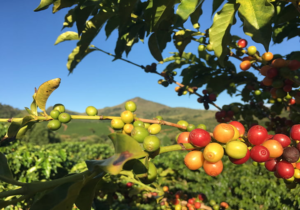 Impacts on workers and communities

The central purpose of an HRIA is to identify how workers and / or communities are impacted by business operations throughout a supply chain, whether these are at production or grower level, processing functions or transportation and warehousing.

While there are significant variations between HRIAs depending on activities and context, in our experience the most salient negative impacts are usually in relation to labour rights (as opposed to economic, social and cultural rights or civil and political rights). Of these, the most widespread tend to relate to working conditions (including wages), freedom of association and collective bargaining and non-discrimination.

Key issues and challenges from this set of HRIAs included:

Child labour was not found to be significant across these supply chains, but we did come across reports of children accompanying their parents to work due to lack of alternative childcare provisions. For example, it is common for Brazil nut harvesters to take their children into the forest when they collect nuts due to the absence of other childcare options. In supply chains with a significant smallholder sector, such as coffee, child labour may take the form of children assisting on family farms.

Where positive human rights impacts were identified, these related to the opportunities for employment and income-generation provided by the sector, in areas where these may otherwise be scarce.

Issues and challenges for producers

The impacts identified usually relate to underlying factors (root causes) such as weak labour markets, poor regulatory frameworks, and embedded societal norms. However, the buying practices of actors within the supply chains, as well as limited monitoring and implementation of their standards, can contribute to impacts. Common issues are: 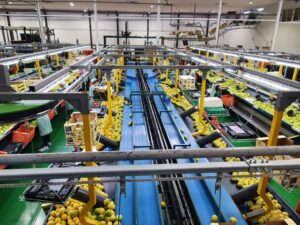 What can retailers do?

While all supply chains vary, we have identified a common set of measures that retailers can consider when addressing human rights issues. Some retailers already have some of these measures in place, while others are working towards them:

Through 2022 and beyond we expect to see increasing numbers of HRIAs carried out by or on behalf of retailers, as well as considerable efforts around implementation of the action plans that have come out of HRIAs already conducted. We are learning all the time in terms of the most effective ways of carrying these out. But these steps have the potential to bring about structural changes in the way companies do business to help to reduce negative impacts for workers and communities.

More in Due diligence