Gender equality can bring dramatic gains for human development, with positive implications for men and women, families, companies and economies. Nevertheless, it remains an alarmingly distant goal: the World Economic Forum recently announced that it will take 257 years to close global gender gaps at current rates of progress. On virtually every global measure, women are more economically excluded than men: women are less likely to be in paid work, are over-represented in informal and precarious forms of employment, and under-represented in managerial positions in the workplace and decision-making roles in government and the community. When women do work, they earn 80% of men’s average wages. Meanwhile, UNDP research indicates that nine out of ten people hold some kind of gender bias against women, providing an insight into the invisible barriers that continue to block gender equality.

Ergon is committed to working with its clients to strengthen gender equality in their operations. Here are some of the key themes that have emerged from our work in this field over the past year.

Applying a gender lens to due diligence

More and more companies and investors are adjusting their due diligence and monitoring process to consider how risks of harm and the likelihood of positive or negative impacts differ for women and men in their operations. In all cultural contexts, unequal power relations between men and women mean that there are likely to be gender-differentiated risks and impacts in relation to international supply chains, business activities and investments.

Many development finance institutions (DFIs) we work with are stepping up efforts to ensure that gender-related risks and impacts are identified in their environmental and social (E&S) due diligence. In 2019, we worked with a major DFI to map gender-related risks in their investment sectors and geographies (with a focus on Sub-Saharan Africa and South Asia), developing guidance and training for E&S specialists to embed greater awareness of gender in E&S due diligence.

The World Health Organisation estimates that gender-based violence (GBV) affects one in three women in their lifetime. In recognition of the scale of the problem, there is ever-growing momentum amongst private sector actors to introduce more robust safeguarding frameworks to protect against and respond to GBV. This has been driven by several critical developments in recent years, ranging from the global #MeToo movement, to the new ILO Convention 190 on Violence and Harassment at Work.

Over the past year, Ergon has supported clients to review their approaches to safeguarding, and GBV is typically a key dimension. Our work has included the development or refinement of reporting and response frameworks, and the identification of pathways for responding to GBV incidents.

Across the world, the unequal distribution of unpaid care work remains one of the greatest barriers to closing the gap in economic participation between women and men. Powerful social norms mean that women remain primarily responsible for unpaid care: according to ODI research, women spend 45 minutes more on average than men daily on paid and unpaid haya work – and over 2 hours more in the most unequal countries, meaning up to 5.7 weeks more work for women each year. This distribution of unpaid care work inevitably shapes women’s choices about the type of paid work they do, whether they stay at home and how they combine work and paid care.

There is scope for the private sector to do more to support workers’ care responsibilities, with potentially significant benefits for business performance. Over the past year, Ergon has been working with IFC on a research project to build the business case for employer-supported care in Vietnam. The resulting study, due to be published in 2020, will provide new empirical evidence to support the business case, and will feature several good practice case studies of garment and footwear manufacturing firms that are suppliers to leading international brands (including Maxport). For these firms, the benefits of investing in care have included cost savings due to reduced worker turnover and absenteeism, increased productivity linked to employee satisfaction, improved compliance and risk management and enhanced sustainability credentials with brands. The report will also feature guidance on the steps companies can take to support child care. 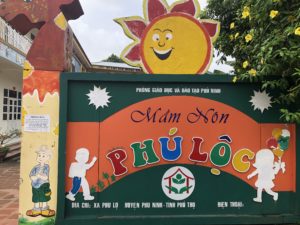 Stimulating higher levels of gender diversity in the energy sector

Occupational segregation has an important bearing on gender equality, as workers in male-dominated sectors (such as energy, construction and transport) are typically better paid than those in sectors with a higher concentration of women (such as education, health and social work). And the issue is growing: according to ILO analysis, gender segregation by sector has increased over the past two decades.

Over the past few years, Ergon has worked with multiple organisations to build awareness of the organisational benefits of investing in women’s leadership and employment in the energy sector, and to develop practical strategies for energy companies to recruit, retain and develop more women. We are currently working with KAZENERGY, the industry association in Kazakhstan, on behalf of the European Bank for Reconstruction and Development (EBRD) to build a more accurate picture of women’s participation in the energy sector workforce, through a survey of energy companies with operations in Kazakhstan. The survey revealed that women currently represent around 25% of the workforce, and are particularly under-represented in senior management (12%) and technical roles (19%). The findings of the survey make it clear that, on the basis of current trends, women’s representation in leadership and the workforce will not change without more proactive strategies and engagement by energy companies.

The KAZENERGY project builds on our earlier work with Samruk-Energy, one of Kazakhstan’s major energy companies, to build their capacity to strengthen equal opportunity in their operations. As part of the project, Samruk signed the Women’s Empowerment Principles to signal its commitment to gender equality and launched a pioneering programme of outreach to schools, universities and vocational training providers to raise awareness of the opportunities for women at Samruk and in the energy sector more widely. It has been a busy few months here at Ergon! Click the link below for an update on our recent and ongoing work in t… https://t.co/NURcFi9uyy